How Ballistics Solved a Crime

It is hard to deny the importance of forensic science in criminal investigations, because it provides critical evidence for criminal cases solving. One of the branches of forensics is ballistics that is especially relevant to the modern world, which is characterized by a wide availability of firearms. This paper demonstrates the theory and methodology of death investigation related to ballistics by means of addressing the case of Sacco and Vanzetti. It dwells on the details of the case that involves the most important evidence and its analysis from the point of view of an expert in ballistics. The analysis suggests that since its formation as a separate branch of forensics, ballistics allowed enhancing the process of death investigation and assisting in solving the most complex crimes. The outcomes of research are useful for students and experts in death investigation as they offer applicable materials to the practical activity of a forensic expert.

The Theory and Practice of Ballistics

Since its formation as a science, ballistics has evolved into a complex discipline that embraces a broad range of theoretical and practical aspects related to firearms application. Warlow defines the word “ballistics” in a broad sense as a science connected with firearms that studies the motion of projectiles. In addition, they divide it into three subcategories, which are interior ballistics, exterior ballistics, and terminal ballistics, each having a specific domain of application. Every category investigates various processes that represent three periods during the act of firing a weapon. The first one deals with the processes starting from the ignition of a propellant to the emergence of a projectile from the gun. The second category investigates flying projectile; and the last one studies the impact of the projectile as it hits the target. A forensics investigator specializing in ballistics should be aware of each of these domains. The reason for this is that one needs to know the types of weaponry and its characteristics, bullets, cartridges, unique aspects of the impact of each projectile among other. As a result, the experts in criminology identify a separate branch of ballistics, which investigates “how marks are produced during the process of interior ballistics, the flight of the projectiles, and the consequences of their impact”. Each of these parameters may turn to be drastically important when analyzing controversial evidence such as substitution of gun components, bullets, cartridges, etc.

Due to the fact that forensic ballistics incorporates a broad range of factors, its practitioner should have a profound competence in firearm and bullet analysis. They include weapon and bullet design, ammunition types, proof marks, momentum and the principles of kinetic energy transfer, bullet aerodynamics, wound effects and wound tracks and other. Also, the process of forensic investigation requires knowledge of the procedures of on-site and laboratory investigations including x-ray examination, tissue, fragment and material analysis, as well as comparison microscopy. Such variety and complexity of the procedures ease the process of presentation of valuable evidence in the courts both from the side of prosecution and defense. The analysis of the controversial lethal cases involving firearms usage and further ballistic analysis demonstrate that a skilled expert in forensic ballistics can drastically affect the verdict of the jury and the judges.

Solving the Case of Sacco and Vanzetti

One of the most controversial cases in the history of the United States, involving firearms usage and victims shot dead, is the case of Sacco and Vanzetti. The reason for this is a combination of various factors that negatively affected the trial and caused multiple delays in the decision of the jury. The two men of Italian origin were accused of killing security guards and robbing a shoe company in South Braintree, Massachusetts on April 15, 1920. The initial evidence indicating on the criminals was presented from eye-witness and the spent cartridges, which later was updated with the information from the captured Bartolomeo Vanzetti and Nicola Sacco. As the case included a double murder with firearms, the police collected the evidence related to weaponry. It included cartridges discovered at the crime site and Saco’s pockets, bullets recovered from the body of the victim (Figure 1), and loaded pistols of the suspects. 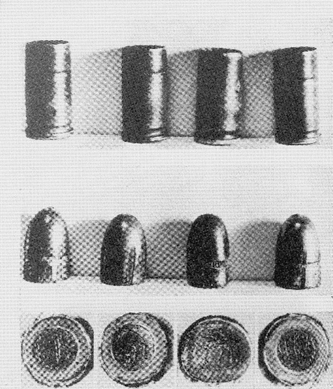 Figure 1. Bullets recovered from the body of Allesandro Berardelli, the victim.

The controversy of the case was caused by the fact that both suspects represented an anarchist movement, which is why the opinion of society and the jury towards the motives of prosecution split. In particular, the defense attorneys insisted that Sacco and Vanzetti are the victims of the injustice of the judicial system and prosecuted because of their beliefs. Moreover, each side manipulated with the opinions of the ballistic experts trying to convince the jury during retrials. For example, one of the experts, Alexander Hamilton, attempted to switch the barrel of the gun of the suspect with the ones of the new commercially produced Colt revolvers. As he was caught trying to misplace the evidence, the retrial procedure was canceled, which intensified the attention of the public pressuring the court.

Another fact that restrained the jury’s decision was the absence of knowledge and equipment for ballistic forensics to develop a proper methodology of investigation at the beginning of the 1920s. However, Goddard and Gravelle significantly contributed to the ballistic science inventing the comparison microscope and developing the idea that all firearms leave uniquely identifiable marks. The unique aspect about the comparison microscope was that it allowed examining two bullets simultaneously, which removed human error factors associated with a forensic ballistics analysis (Figure 2). 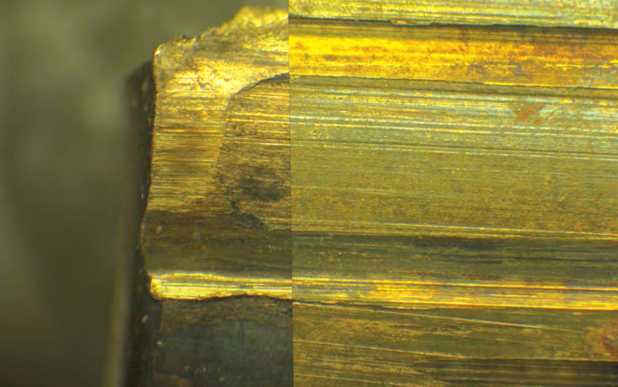 As a result, the evidence presented by Goddard to the court was concise and allowed solving the case approving the guilt of the suspects. The leading fact that convinced the jury and defense experts was that a test bullet fired from Sacco’s revolver perfectly matched one of the murder bullets. This information was possible to obtain with the newly invented comparison microscope and helixometer that measured the parameters of the bullet allowing identifying the gun that shot them. Consequently, Sacco and Vanzetti were found guilty and sentenced to death on the electric chair. Therefore, the period of evolvement of basic equipment and techniques used in forensic ballistics is connected with such individuals as Goddard and Gravelle, who impacted the formation of a new branch of forensic science.

Summarizing the findings of the paper, one concludes that since its emergence as forensic science, ballistics has provided technics and methods of investigation that significantly assisted the processes of solving crimes. The main reason for this is the invention of the comparison microscope and helixometer, which measured the distinctive parameters of bullets and directly compared them. The usage of these devices allowed validating the theory that each weapon leaves unique marks on the bullets after firing. Therefore, these methods helped to solve the case of Sacco and Vanzetti proving that Sacco’s gun was the one used when committing the crime. The significance of the revealed evidence also supported the theory of distinctive marks on bullets and impacted the development of other research methods of forensic ballistics.